“Dre has gone through it all in the Dodger Blue. 7 playoff appearances, the most of any L.A. Dodger, 6 division championships, the uncertainty of when and where he will play. He’s gone from looking up to…To being looked up to. We’ve all gone through the highs and lows with him…”

“Dre is now The Dean of The Blue. Deep down, we all know that this could be Dre’s last opportunity in a Dodger Blue uniform to win that big prize that has eluded him.” 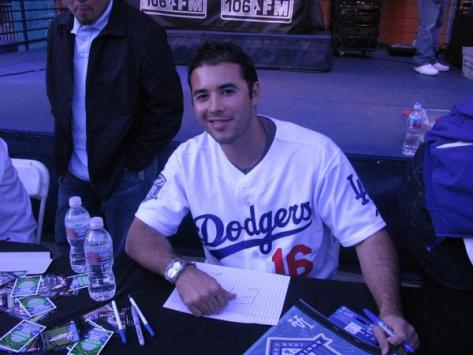 Andre will be entering his 12th season wearing the Dodger Blue. Ethier joined Dodger Talk this week to discuss what these opportunities to give back to the community mean to him. He also goes on to elaborate on what it’s been like to remain with the Dodgers for so long.

From the Diamond to The Court

UCLA basketball has had an exciting season so far. Though currently struggling coming of a two game losing streak to Arizona and their upset loss to USC, their record stands at 19-3. I had a chance to go One on One with former Laker assistant as well as former Bruin and current UCLA radio commentator Tracy Murray, discussing UCLA’s defensive struggles on the court all the way to the toughest Trojan he faced in his days lacing them up at Pauley…